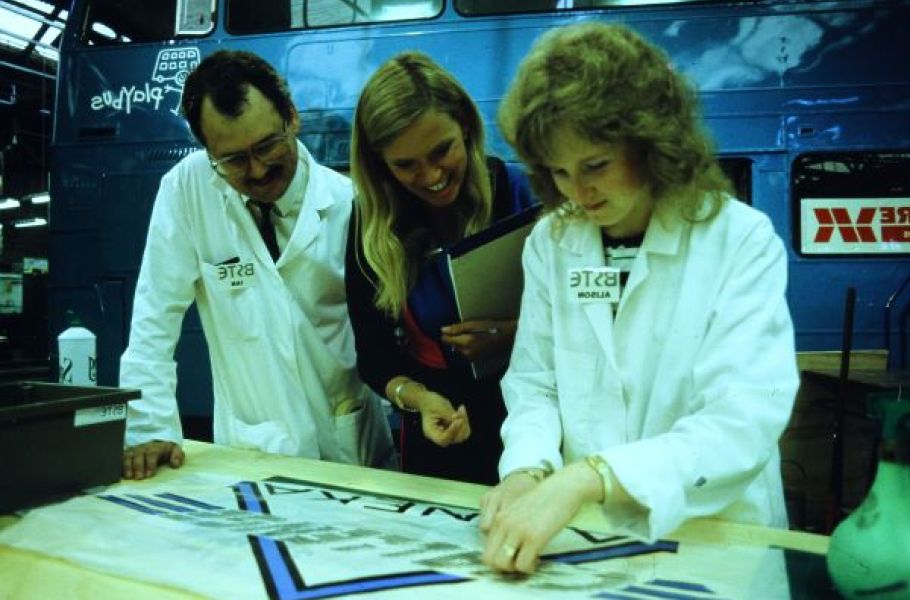 Do you remember the BBC television programme 'Challenge Anneka?

‘Challenge Anneka’ was a reality game show that aired on BBC1 from, September 1989 to 1995, Anneka would be given a task to accomplish within a certain period of time, usually two or three days. She would have to persuade companies and people to contribute their time and resources for free. The task would usually be in aid of a charitable cause.

On the 8th September 1989 her very first ever assignment was announced on the, BBC’s, ‘Wogan’ show.

The first challenge given was to convert ten playbuses in 48 hours and to deliver them to the National Playbus Associations 10th Birthday Party, in Bristol.

The party consisted of a sponsored bus pull in the main city centre square with Tony Robinson in a Baldrick outfit, topical in 1989.

At the time of this programme showing, our own project, which had been raising funds to buy and convert a replacement bus, had just taken delivery of a Red Leyland Atlantean. The bus was sitting outside my house in Bewbush, Crawley. As the programme went on air my bags were packed and I was heading off to the airport for a family holiday. So, we really did miss the bus!

However, our project did eventually raise the funds to convert the bus ourselves.

We went on to join both LASER (London and South-East Region playbus group) and also the board of directors for the NPA (National Playbus Association), through this involvement in the main Charity, we were able to learn about other mobile projects, helping to promote and support them too.

We were also able to attend networking bus rallies, both locally as well as nationally. In 1990 we attended a national rally in Newcastle where we were part of a bus parade attending the Gateshead International Garden Festival. At these events we were able to meet other mobile projects from around the country, including Howgill, which was one of the Challenge buses.

The programme helped make ‘Playbus’ a household name and certainly highlighted the work we did and were part of.

NPA retained two of their buses for their own use as both an exhibition bus as well as a loan bus. The other eight were given to other charitable projects around the UK.

Broxstowe Play Forum (Nottingham – not sure of this one)

Do you know any information about any of the Challenge buses?

My bus involvement has led me to now writing bus story books.